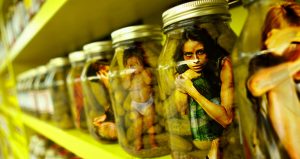 HUMAN TRAFFICKING OF THE DISABLED

Sounds like the plot to a movie about World War 2 Nazis. I can’t believe that I have to write about this in the year 2015. As beautiful as our planet Earth is, she hides many dark and disturbing secrets, and unfortunately most of them have to do with immoral human behavior.

Human trafficking (modern term from slavery) is nothing new. It’s been a part of man’s history since pretty much the beginning. Due to our insecurity, fear or greed, or even all of the above, we human apes seem to feel the need to give in to these horrible weaknesses, and justify taking advantage of those who’re either born, or find themselves less fortunate through some kind of misfortune. While many of us are sickened to learn that human trafficking is still “a thing”, most of us turn a blind eye, unless it ends up directly affecting us. But the sad reality is that it still is very much “a thing”, right here, today, from the United States to China, Nigeria to Brazil, and even in many of your so called “developed nations” through out the Western world. What is so brutal about today’s slavery compared to the ones from the past?

Believe it or not, human slaves have never been cheaper. I was shocked to learn of this. Where as in the past slaves were expensive, so owners treated them well (for the most part), because of their lack of value, today’s slaves are disposable, and the disabled ones even more so.

While no country is safe from it’s citizens being abducted, taken across borders and sold into slavery, poverty levels of a country has a direct affect to the treatment of its disabled population. In some cases families will give up a child who is born with a disability, because they either can’t or won’t take on the financial burden that may come with raising a child with special needs. In other cases they may sell the child to people, who will then take said disabled child to another city or country, and force him or her to panhandle for them or do even worse. 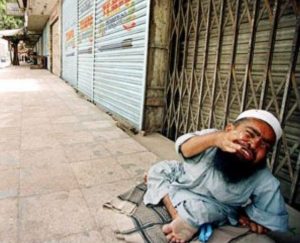 While forced begging makes up a large percentage of the exploitation the disabled face around the world, sex-trafficking is also a very deeply disturbing reality for persons with disabilities. There are more and more cases where disabled girls and young women are sold into brothels, where they fetch a high price because of their believed virginity, and are often sold to men who have HIV.

The deeper you dig, the more disturbing the stories get. There are may reports of the abuse of deaf domestic workers in the United Kingdom, addicts forced to labor in fields in the United States, people with mental illnesses and developmental disabilities enslaved in Chinese kilns, and persons with developmental disabilities forced to work as peddlers on the streets of India.

Societal barriers in most countries limit the access of persons with disabilities to systems of justice. Lack of training of police, prosecutors, and judges on how to accommodate persons with disabilities (through, for example, sign language interpreters, plain language, and physical access) can leave victims with disabilities unable to provide effective statements and report the abuse they have endured. Laws expressly prohibiting people with disabilities from being witnesses, especially those who are blind, deaf, or have mental or developmental disabilities, leave such victims excluded from processes that should provide them with redress.

The International Labor Organization estimates that 2.4 million people were trafficked between 1995 and 2005. The 2010 Trafficking in Persons Report reports that 12.3 million adults and children were trafficked in 2009, at a rate of 1.8 people per 1,000 worldwide. In 2007, the Trafficking in Persons Report stated that 800,000 people are trafficked across borders every year, of which about 80% are women and girls and up to 50% are children. In the U.S. State Department’s “The Facts About Child Sex Tourism: 2005” it is reported that approximately 1 million children are sexually exploited every year throughout the world.

This statistic, as are most, if not all, is broken down into specifications of age and gender, but there is no specific information as to how many of these individuals have a disability. As defined by the Americans with Disabilities Act, a disability is; “a physical or mental impairment that substantially limits one or more major life activities; a record of such an impairment; or a person regarded as having such an impairment”.

Human trafficking and disabilities is a severely under addressed topic in the discussion of human slavery. There are very few reports on its incidence. In 2009, Stop Violence Against Women wrote an article called “Violence Against Women with Disabilities”. They report that children in orphanages are at a higher risk for violence. Human Trafficking & Modern-day Slavery – Belgium reports that gangs throughout Belgium’s major cities organize begging rings using children and individuals with disabilities, typically from Romania (Patt, 2010). Due to the lack of understanding, financial means and cultural stigmas, discussed further below, children with disabilities are a source of shame to their families.

Research indicates that violence against children with disabilities occurs at least 1.7 times greater annually than for their peers without disabilities (disabledworld). There are many reasons as to why these families give up their children, such as not having the knowledge or financial resources to care for these children. Other reasons are extensions of cultural beliefs. UNICEF reports, “social beliefs about disability include the fear that disability is associated with evil, witchcraft or infidelity, which serve to entrench the marginalization of disabled people” (2008) . As a result, these children wind up in orphanages where they are much more susceptible to violence. Women and girls with disabilities are especially vulnerable to physical and sexual violence which puts them in danger of unplanned pregnancies due to sexual exploitation.

In today’s world, where we’re over a century removed from the industrial revolution, to know that human beings are still used for slave labor, is very disturbing. To know that the same species that created such beautiful things like the works of Mozart, DaVinci, Tesla and Einstein, is the same species that will mistreat and take advantage of its disabled, should be alarming. In fact, there’s so little attention being paid to those born into these horrible situations, that I couldn’t find a video to help illustrate it’s severity. I did, however, find plenty of news articles on the subject, and attached the links to a couple. It doesn’t take much effort to find more stories, simply search Google for stories involving human trafficking, and the disabled.

I am personally going to make this one of my issues in my trip around the world, as I will shine a light on this topic, and make an attempt to enlighten man-kind. There is no reason for any human being to own another. It is out dated, barbaric and an evil practice. Let’s put an end to such shameful behavior.

Sources for this story: “The Human Trafficking Project” and “Conspiracy of Hope: a voice for the voiceless victims of human trafficking”.