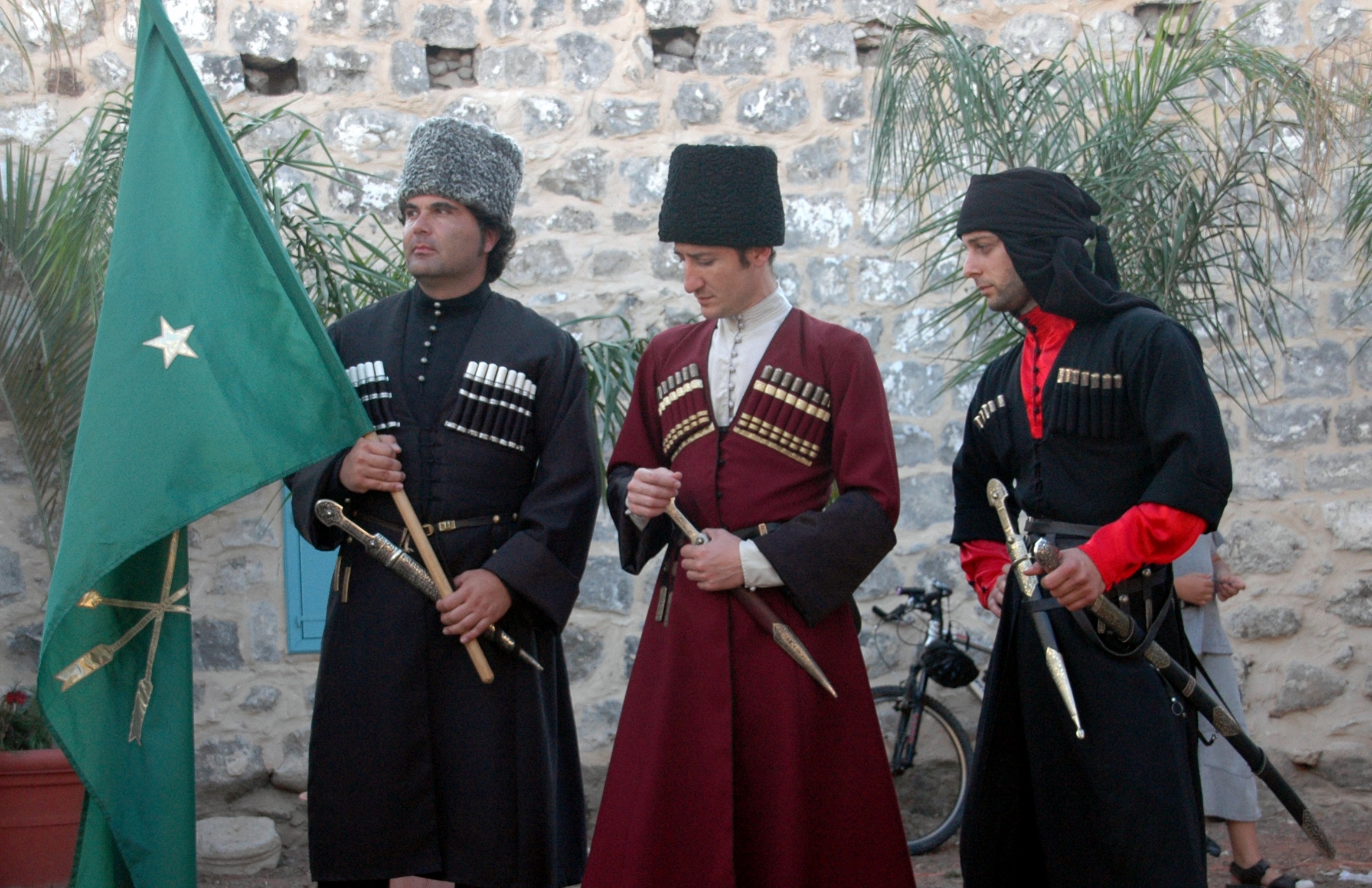 The Greeks are known to have established colonies and carried out extensive trade on the Circassian coast of the Black Sea, and their influence is clear. The successive influence or outright control of the Romans, Khazars, Mongols, Crimean Tatars, Turks, and Russians was to follow.

In the great territorial wars that ensued between Russia, Persia, and Turkey, the Caucasus region was hotly contested. The Circassians carried out a notably fierce and protracted resistance to Russian domination. Frustrated by the sporadic rekindling of resistance in ostensibly pacified Circassian villages, Russia in 1860 embarked on a campaign to forcibly resettle Circassians eastward in the valley of the Kuban River. By 1864 the expulsion had largely been accomplished, but almost the entire Circassian population—some 400,000 people—instead emigrated to territories within the Ottoman Empire, with many thousands perishing of starvation and disease en route.

Many Circassians live in the plain immediately to the north of the Caucasus, others live in the mountain piedmont, and a few live in the upland and mountainous regions. Their traditional economy is based on mixed pastoralism and farming, supplemented by fruit growing. In their traditional social organization, princes and nobles controlled the herds and soil. The mass of people were organized in a complex system of subordinate ranks. Slavery was maintained until recent times.