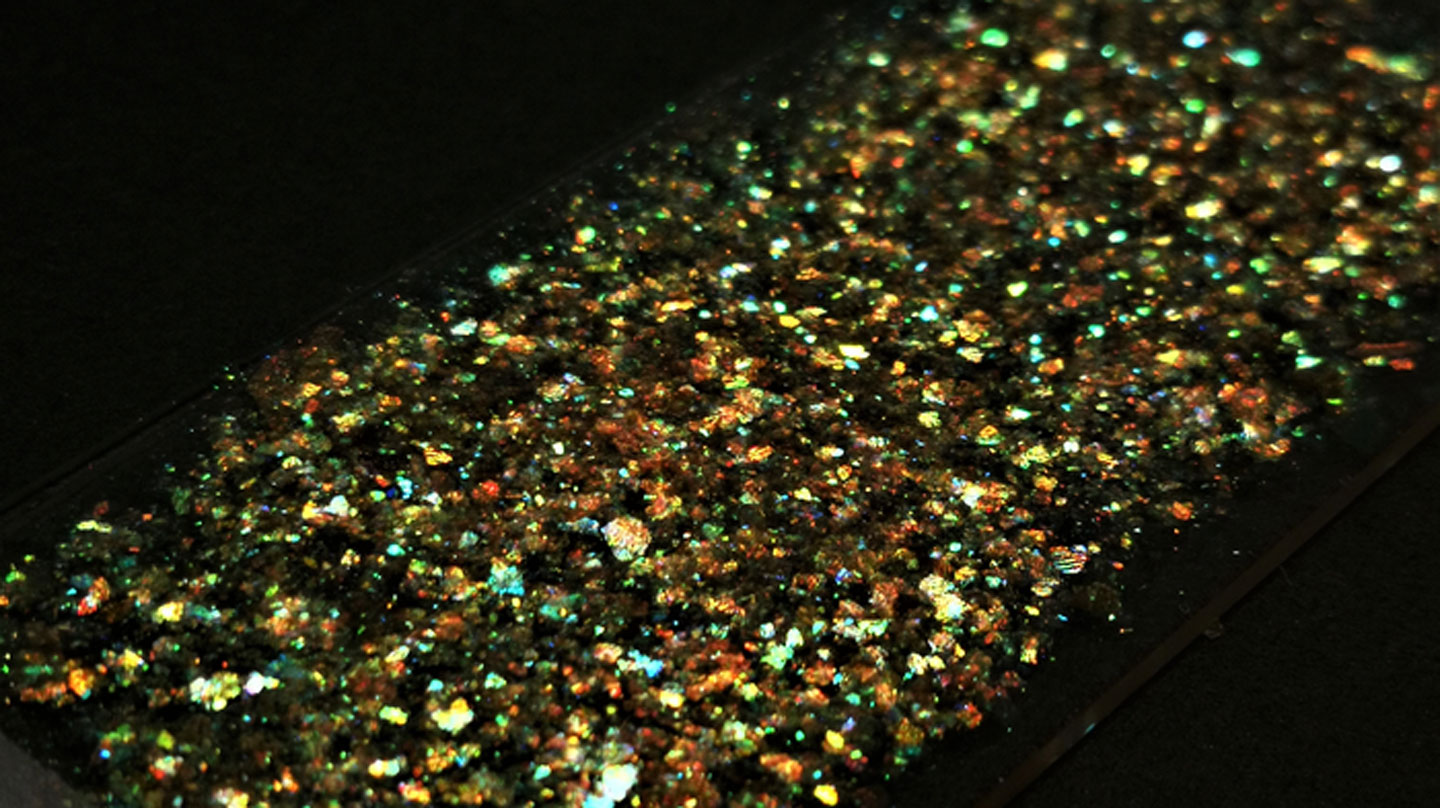 Glitter and shimmery pigments are often made using toxic compounds or pollutive microplastics.

A biodegradable alternative could be used as an environmentally friendly alternative. It uses cellulose — the main building block of plant cell walls to create nanoscale patterns that give rise to vibrant structural colors. Such a material could be used to make eco-friendly glitter and shiny pigments for paints, cosmetics or packaging.

The African plant Pollia condensata, produces bright, iridescent blue fruits called marble berries. Tiny patterns of cellulose fibers in the berries’ cell walls reflect specific wavelengths of light to create the signature hue. “I thought, if the plants can make it, we should be able to make it,” says chemist Silvia Vignolini of the University of Cambridge.

Vignolini and colleagues whipped up a watery mixture containing cellulose fibers from wood pulp and poured it onto plastic. As the liquid dried into a film, the rodlike fibers settled into helical structures resembling spiral staircases. Tweaking factors such as the steepness of those staircases changed which wavelengths of light the cellulose arrangements reflected, and therefore the color of the film.

The researchers transformed their clear, plant-based slurry into meter-long shimmery ribbons in a rainbow of colors. These swaths could then be ground up to make glitter. 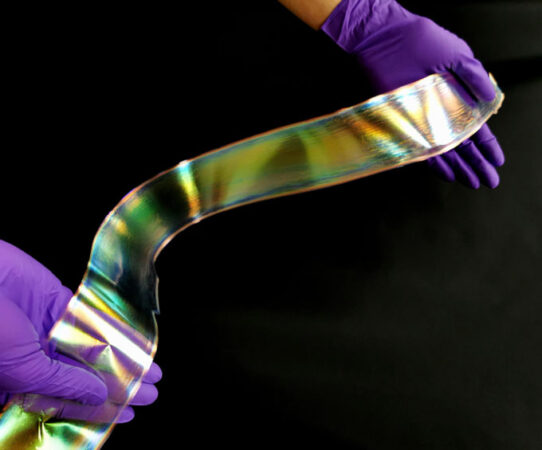 This gleaming ribbon contains tiny arrangements of eco-friendly cellulose reflecting light in specific ways to give the material its color.

This article is adapted from: This eco-friendly glitter gets its color from plants, not plastic | Science News