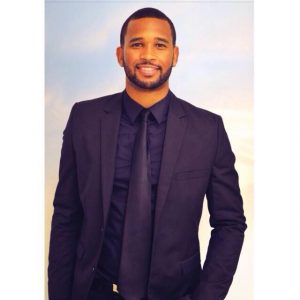 Meet Gabriel McNeal… a pleasant, seemingly “happy go lucky” fellow, with a nice smile and out going personality. A young man who could have taken the “easy way” in life, and cashed in on his basketball talents overseas, in a few different countries, among them Germany. He could have been just another professional athlete, making money by doing what he’s physically born to do, but this 24-year old chose a different path.

“I realized that my life was bigger than the basketball court,” said McNeal. “I want to be remembered as a person who inspired others.”

As things stand today, he will graduate in December from Point Park University (in Downtown Pittsburgh, PA) with a bachelor’s degree in communications. But… what’s his game plan? What tugged at him hard enough to pull him away from the game he loves? Perhaps having a beautiful 4-year old daughter who lives in Texas had something to do with it. Becoming a father can change a man… can often give him a different perspective.

McNeal was born in Richmond, Virginia, and never really knew his mother, who has been in and out of prison his entire life. So, he was raised by his aunt and grandmother. Even though his father was also fairly translucent, and he too was incarcerated a few years ago, in the time he did spend with his son, he left a positive influence on young Gabriel.

“I love my father. He instilled in me a strong reading foundation. This eventually inspired me to create my foundation.” McNeal explained.

So… how did this kid from Richmond end up at Point Park University, in Pittsburgh?

He spent his freshman year of college at Cecil Community College, in Maryland, where he made “All tournament Team”, by averaging 13 pts and 4 assists per game. They also won the Maryland “Juco Tournament”, where the team made it to the nationals in Illinois and was ranked #10 in the nation.

His outstanding play at Cecil earned him a scholarship to Shaw University, in Raleigh, North Carolina (NCAA-2). “This wasn’t a good fit for me,” proclaimed McNeal… “not academically, and not socially.”

So, the following year, he transferred to Point Park University in Pittsburgh, Pennsylvania, where he continued with basketball, but there he also excelled academically. Being happy and in an environment that allowed him to be able to focus on his studies, he started putting together his ideas for his “Go Pro in the Game of Life Foundation”.

“I created this foundation to inspire the youth to be greater than they think they can be.” McNeal went on to say, “I can relate to them and they can relate to me. I’ve been there, I’ve lived through much of what they’re living with, now… and I want to help them to understand what my father taught me. The importance of learning to read, so they can make good life choices. Don’t just become another statistic.”

As of now, McNeal has partnered with 6 low income elementary middle schools in Pittsburgh, where he works his program once a month. His goal is to grow the foundation to the point where this grows city, state and perhaps even nation wide.

“Kids need to understand that they are in charge of their destiny, but to maximize their result, they need to know how to think, and learning to read will allow them to do just that.”

He also has 3 legs to help kids achieve success.

T.E.A.M.H.O.O.P. (Together Everyone Achieves More Helping Others Overcome Pressure)
Our program develops relationships with local inner-city elementary schools with low-performing reading scores; we have our student-athletes perform story-time reading. The student-athletes will act as role models for the young kids and will look to set a good example for academic success. While this program is emotionally fulfilling for the mentors, it will also provide a valuable opportunity for service that will look exemplary on any résumé.

Founder and President Public Speaking Message
President and founder Gabriel McNeal will share his testimony with the children and explain how his reading background helped him progress through elementary school, high school and now college. He will go over the importance of setting goals, making the right choices and devising a game plan for life. The talks will stress that these steps are especially important for those children facing difficult circumstances outside of school.

For now, McNeal has been paying for these programs out of his own pocket, but he’s looking for investors, donors, and any available grants. If you have any new or even used books you wish to donate to the Go Pro in the Game of Life Foundation, for now there are two (2) “drop-off zones”.

“Basketball is still a big part of my life, but we all can’t go pro in sports, so I want to help kids figure out what THEIR game-plan in life is. My motto ‘Game plan for Life’ is my belief that every child with a solid reading background can achieve success in life, even when facing challenging circumstances.”

That is a very positive attitude from a young man who’s seen his share of hardship.

For more information about Go Pro in the Game of Life Foundation, an/or to get involved, please visit the website: www.goprointhegameoflife.org