What can a Tree Teach Us? 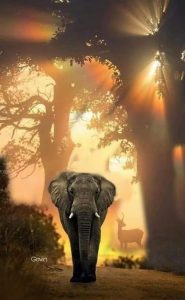 I want to share with you an experience I had a almost 30 years ago when I was 21.

I was taking a course from a company called Landmark Education. They do transformational and self development work. They promise you to get out of the course what you are committed to getting when you take it. My request when I was completing what was called The Advanced Course was one thing:

You see I was studying meditation for several years, since I first went to University of Wisconsin at Madison as a freshman. I had wandered into a bookstore on main street that year and found a book by Lawrence LeShan, called How to Meditate. My journey began.

I eventually studied a lot of Zen Meditation, read and read, but most important of all I practiced, A lot.

I was so interested in the concept and achievement of enlightenment and had a yearning beyond desire for it. In every moment of my free time, all I wanted to do was practice my meditation work.

Several years went by and I became more involved and advancing well. When I began taking the courses at Landmark, I brought this goal with me and that is when I was asked what do you want out of it, I simply answered one thing:

You see I have learned one main thing in life in getting things accomplished. If you want to be a leader, one thing must happen. You cannot do what you want, but rather you must do what is needed to get what you set out to do accomplished and done.

If I point to a moment in my life where a shift began it was what happened with this experience I will tell you now:

It was the second day of the Advanced Course at Landmark and it was at the end of the day. It was very late, about midnight. I went back to my hosts house (I was in Cincinnati taking the course) and I went into the bedroom where I was staying. I just happened to notice the picture on the wall next to the bed. It was a beautiful picture of a tree.

At this moment I started to have several deep thoughts. I began to see that just as this tree, so are all of us, meaning we all go back to one source. I was able to see that we are all as individuals like a leaf on a tree, and more importantly we go back to one root, one source. Imagine you are a leaf and you look out beyond to the other side of the tree and you see another leaf. You say hello and how are you, but just by seeing this other leaf across the tree you are not able to see that you are part of the same tree and come from the very same root. With this I understood something very profound.

I also at that time had realized I was searching for enlightenment but until this time did not consider that I had been enlightened before, before this current path on Earth. Many people on this same search, at this point in our Creation, have actually reached this state as well, before they have entered into this life we all share in this point of our collective history. 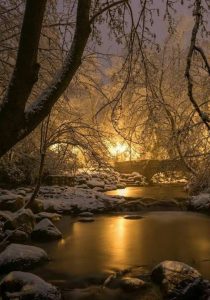 After these thoughts and understandings, I was sitting on the edge of the bed and at that moment I saw a clear thin light in front of me. It was the only time I have ever seen this in my entire life and I have always wanted to see it again but I never have. It was a bright clear, thin, white light and it lasted only about maybe thirty seconds or less. I looked at it and did not know what to think and then it went away. I then went to sleep. 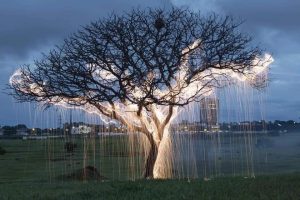 When I awoke, I had felt like I had shot down into my body. The strange thing then was that I had felt what seemed like electricity running through my body. I didn’t know what it was and I had no idea what to say or tell anyone. I got up and took a shower. I looked outside and everything seemed brighter to me, more alive. This feeling of energy lasted with me for about six months. It was not until about two years later that I found out what that energy was. In the East, it is called Chi by some, Prana by others. The closest I can find it in my tradition is Nefesh Chiyuni, the life force of the soul. Christians may acknowledge and say of it that it is the Holy Spirit which runs through each of us.

I found out what this new state of being was because I met a man (in 1994) I want to introduce to you. His name is Tienko Ting and he is the founder of Natural Chi Movement. When I met Tienko, he had told me that he knew I had already activated my own chi before. He said in his course that not many people do that on their own and many around the world try long times to do so. Tienko has a method and gift of activating one’s chi which then can be practiced and free flowing as Natural Chi Movement.

After I met Tienko and did his Natural Chi Movement Activation, my energy, that had been free flowing after my experience a couple years before and lasted about six months, began to flow again. And honestly since then it has never stopped. For the past twenty plus years I have every day of my life experienced this free flowing life force of the soul, through my body. I practiced very much, became more knowledgeable also in my own traditions of Judaism and went to Yeshiva Judaica School, came back and then went into the health care profession for eight years. This free flowing energy from our Creator which we all inherently possess (even trees and stones have it) and it is my hope that as a Global Society getting ever closer that we should all learn to connect with this (each in their own way and tradition) has been a blessing to me and many others. It is something within each of us and which anyone has the ability to connect and awaken. I do owe thanks and a debt of gratitude to Tienko for what he helped to restart and reactivate in me. Most of all, I owe gratitude, acknowledgment and praise to our Creator, of which whose Thanks is beyond measure, for awakening in me this spirit and life force that is always there and present every day of my life.

I will be making a spotlight soon dedicated to Tienko Ting and Natural Chi Movement and for now you can also see his site and be in touch with him here:

As I write this, we are about to go into the Yom Kippur Holiday, the day of forgiveness. If we truly realize we are all one, we come from one source and return to one source, and separateness is only an Illusion, the ego is only an Illusion, hence Self Nullification is liberation, we will come to forgive others easier because at the core root, we are actually one with each other. There really is no separateness. This idea of One World Blue was born out of my experience when I was young and searching for enlightenment only to find I had always had it. We all have it. It is within each of us.

The clear light that I saw I believe was the clarity and radiance of the natural mind in its natural state, after all of the ego has been cleared away. The Tibetans have a saying and chant, Om Mani Padme Hum, Hail to the Clear Light that Fills the Void. That Clear Light is our own inner light. It is our essence and being. It is within each of us and pervades all things. Let’s have respect for that true light that we all carry. Let’s have respect for each and every sentient being on this planet and all places. When we realize we are all truly connected we cannot live on our own. We can only live in a One World Blue.