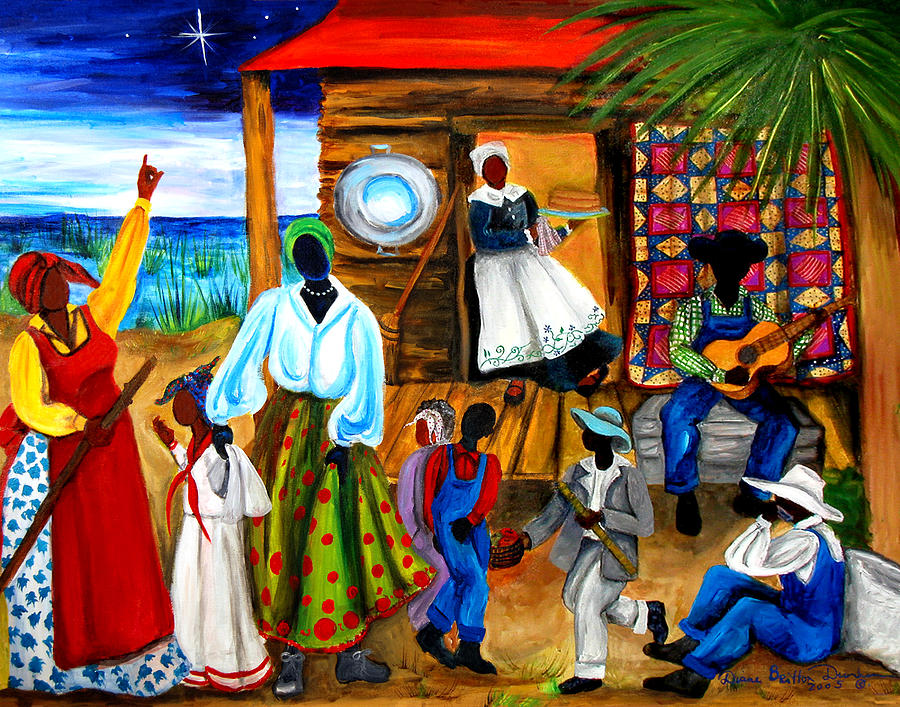 In music class when I was in junior high school my teacher told us something fascinating about former African American slaves who settled off the Southern United States coastline and said that to this day their descendents have their own language developed on the islands. I found it intriguing and it stuck in the back of my head.

The coastline from South Carolina to Northern Florida is the home of the Gullah people, an African American ethnic group. An estimated 300,000 Gullah people live along there. That coastline, “the Low Country” was deemed unhealthy for white owners and their families. The Low Country slaves were therefore freer to speak in their own languages and dialects, and to keep their African culture.

Thus were created the Gullah or Geechee language and people. Gullah allowed the Low Country slaves to communicate with one another coming as they did from an area in Africa in which there was a great deal of linguistic diversity. Settling in the offshore islands their culture and language differed from Mainland African culture and language as they do to this day. Although the Gullah language’s vocabulary is much more Anglicized than it originally was, it always was a combination of English and West African languages.

There are many groups working to preserve different aspects of Low Country life. A woman, Marquetta L. Goodwine who has been designated at the official liaison and spokesperson for Gullah/Geechee people and is therefore referred to as “Queen Quet, Chieftess of the Gullah/Geechee Nation” works with the Gullah/Geechee Sea Island Coalition to keep the culture alive and vibrant.