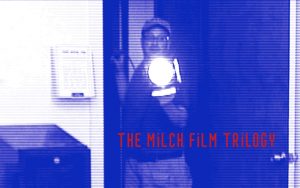 Back in 2007, fellow friend Michael Milch and I, Jonathan Wayne, embarked on a few short film projects in the hopes of winning film competitions on Filmaka.com. We submitted 2 films and received many positive remarks. For the 3rd project, I helped Michael with directing and editing his film for his class at the Pittsburgh Filmmakers. Presented here are all 3 films in the “trilogy”. Keep in mind that each subsequent film shows less and less of Mr. Milch.

All three films are generally considered to be black comedies, in the style of deadpan humor. The first film “The Barbershop Cigars” is the most rushed and edited of the 3 films but unanimously also considered the best of the bunch due to the genuine character of Gino the Barber, who had misplaced a box of cigars. This zany story follows Gino and “Milch” around the barbershop and features political and Talmudic undertones. For our second film “The Wrong Clinic“, a young American woman named Dara agreed to play the role of a Russian immigrant and did a fine job impersonating a Russian woman lost in America. It was the biggest production of the three films, and featured various characters, a jazz soundtrack (with a track played in reverse over the same exact linear track), as well as themes of immigration, deception, misogyny, identity crises, culture differences and the establishment. Our third film “Pushka“, was a strange, experimental short film that combined a unique blend of horror and deadpan comedy using politics (and even religion) as its themes in a nutty ghost story set in an old synagogue in Pittsburgh. We had absolutely no story prepared, I had one battery that died within a few hours and only had a single tape and ran out of film (not being able to get better takes from the children).

I shot, directed and edited all three of these films and also was responsible for the stories in The Barbershop Cigars and The Wrong Clinic. For Pushka, Michael Milch (aka “The Dude”) was assistant writer.

Though I love all three films, for some reason I laugh myself silly watching Pushka. There is absolutely no story or logic to this film, yet with the bizarre sound effects, unusual and unjustified shots that don’t have a right to be there, and deadpan, serious acting from Eric (who played “The Rabbi”), I laugh intensely from watching this piece. I hope you do too. 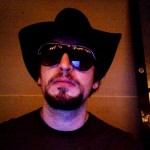